Unlike many athletes or celebrities who lend their name to a brand, David Frost and his family have been in the wine business in South Africa for over 60 years. His father's vineyard was the first place he hit balls and the pocket money he made from picking grapes, funded his first set of clubs and an on going supply of balls. In 1994 the tradition of vineyards in the family continued when David bought a 300-acre Vineyard in the Paarl wine region where he produced his first 3,000 cases of Cabernet Sauvignon in 1997. 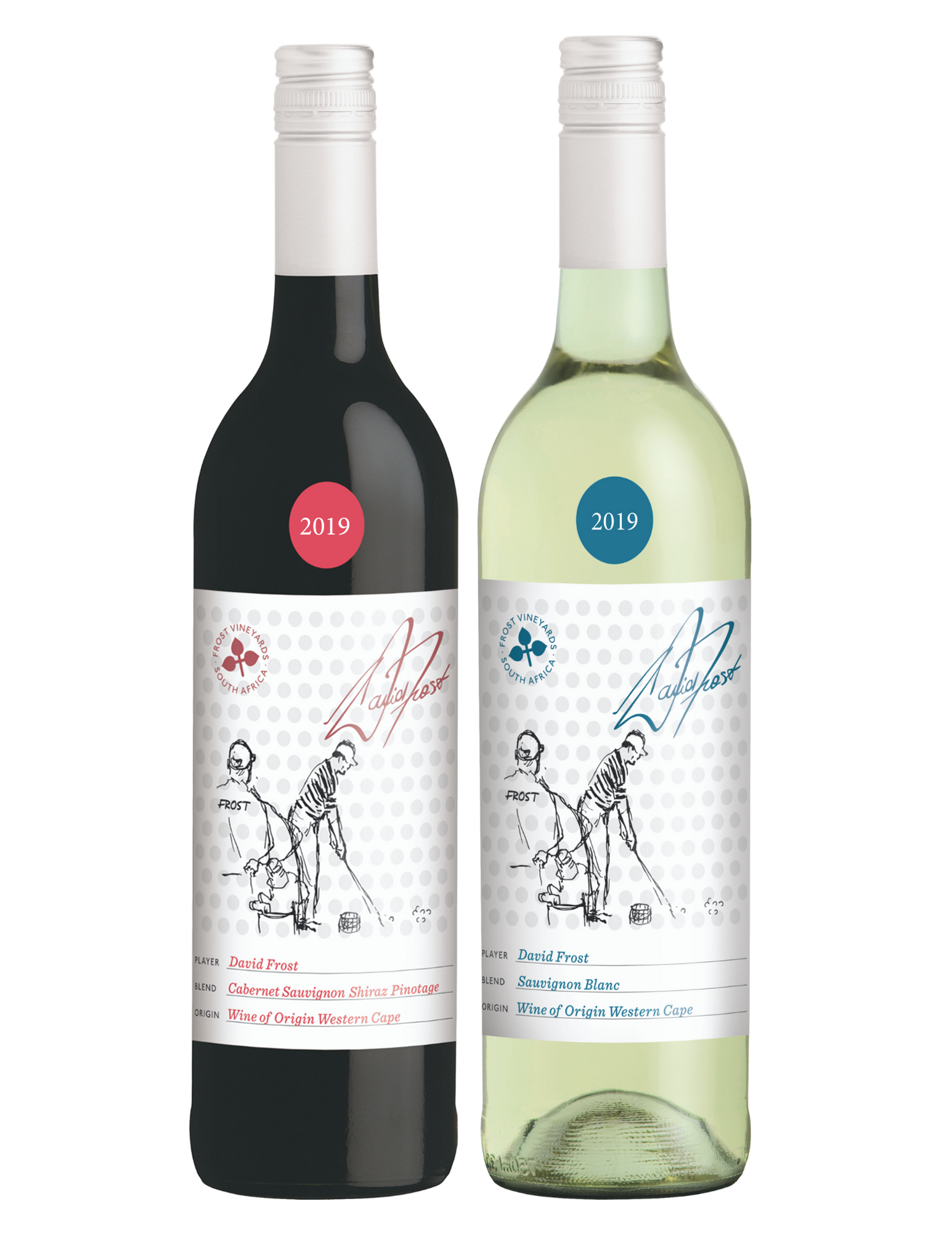 Grapes were sourced predominantly from Swartland vineyards. Juice was fermented in stainless steel tanks, pressed and transferred to French and American oak staves for 6 months. With Intense aromas and generous fruit flavors, the blend presents soft tannins and a smooth finish on the palate. Paired deliciously with any rich and spicy red meat such as lamb, venison or beef. As for the Sauvignon...